This week I’m going back to one of my favourite YouTubers; Mykie, or as she’s better known – Glam&Gore. She recently uploaded a tutorial base around rose gold which is such a popular shade now and is right on trend for autumn and the rise of the metallics.

I was surprise by how easy this tutorial was. I’m still perfecting my blending skills but the placement and blending of these colours was really easy and worked well. I think these colours are also great shades for any skin tone. Mykie’s a lot paler than me so I figure the colours might not work, but actually, they’re a bit less pigmented but still compliment my skin tone.

What I also really love is the added shading in the arches of the nose. It’s not something I’ve really seen before and I was slightly fearful of it, but now that I’ve tried it, I really love the dimension it adds and it also makes the eye look a lot bigger.

Mykie also played to my weak spot with this look. She added glitter! It really does make a difference too. It adds so much more glam to the look, but I think it really ties it together.

⚠️New video is linked in my bio for how to recreate this rose gold glam look! ✨ It'll take you from nekkid face potato to an unusually symmetrical version of pink eye in 7 minutes flat! Perfect for a Friday night out! 😉(Or Saturday night if you're on the side of the world that has seen the future already) What's everyone doing this weekend?! 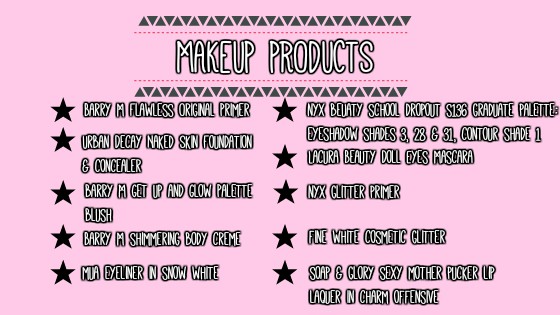 If you try this look out and love it too, let me know in the comments! I’ll leave the original tutorial at the bottom of this post.